Gnezdycev Founded in 1646 the village is situated at a distance of 4 km from the regional centre on the shores of stry. It has a population of 4200 people. The status of urban settlement received the 1957 year. Gnezdycev Even in Soviet times, the village was annexed pilgrimage place Kohavino, whom they called Galician CU, 1600m?.. Kohavino known since 1646, when there's a miracle-working icon of KOHAVINSKAYA. The owner of Anna Voankovs?ka was passing through the Ore Grove when the coach suddenly stopped. Looking out, she saw a strange picture-horses kneel before an icon of the Virgin, which hung on a roadside oak. In the books of the KOHAVINSKAYA parish is written, that the image of the mother of God with the baby, drawing on an oak Board (83 to 56 cm) with the Latin inscription "o mother, chosen by God, whether it be for us a direct route to the Lord," has long been in the hollow of an old oak tree at the edge of the scaffold, and Kohavino road from Lviv region 2 to ore. None of the Wayfarer is not avoiding this place and here prayed. At first wanted to move the icon to the Church, but it was a miraculous way to return again to the KOHAVINSKAYA oak. Around 1680, this place was built a wooden Chapel, which is on the order Of the Roman Catholic Archbishop was moved the miraculous icon. 1748 in Kohavino Church was built, and the miraculous image began to monks of Carmelites. There were many cases of healing before the icon, but because of the Special Commission, who studied this phenomenon, declared it a miracle. It happened May 26, 1755.1780 Carmelite monastery in Kohavino was eliminated in accordance with the Decree of Emperor Joseph II and the church became the parafial?nye. Kohavino became a place of pilgrimage for Galician Catholics. During the 1868-1894, the new church was built. With the blessing of Pope Pius x was held August 15, 1912 Coronation of the miraculous icon, which attracted a large number of pilgrims not only from Galicia, but also in other countries. Since 1931, the monastery belonged to the Jesuits. In 1939, the miraculous icon of the Church was replaced with a copy, and the very image of the monks transported through Soviet-German border into Poland. The end and a copy has been removed during the war in Poland. After restoration in Cracow image was transported to 1974 the town of Gliwice. In 1994, this town was founded the parish of mother of God of KOHAVINSKAYA, where is now located the miraculous icon of the CHURCH facing. underground KOHAVINSKAYA Shrines became the new owners. Redemptorists, and the Church received a new name in honor of the Blessed Virgin Mary. The monastery of St. Gerard in Kohavino for 10 years, has the status of a noviciats?kogo House, raising younger generation of young Redemptorists--missionaries. The temple, which was built in 1901-1902, survived until our days, and in place of the image stands the Chapel.

The Church Of St. Cosmas and Damian The Monastery Of St. Gerard at Kohavino 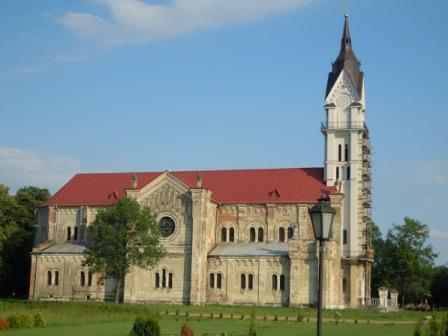 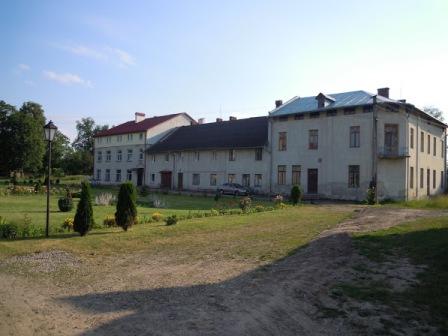